House Of the Dead Overkill Review By KingreX32

House of the Dead Overkill is an on rails FPS, the game takes place in 1991 before the events of the first House of the Dead game. It shows a fresh out of the academy Agent G, being pared up with the hard drinking, always cursing Detective Isaac Washington. Together they are on the search for Papa Caesar (the creator the mutant compound). 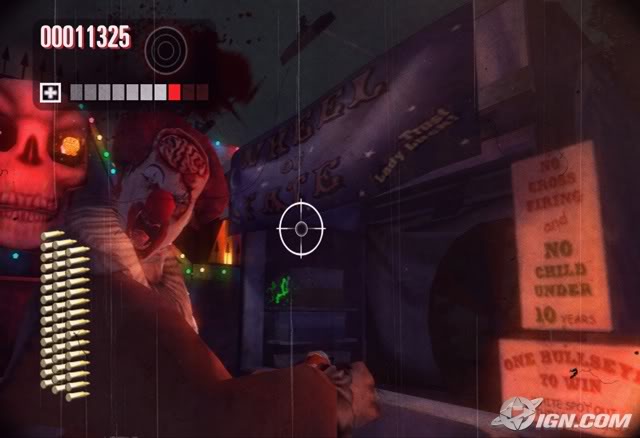 In total there are seven playable missions in the game, all of the posters for the level designed after old grind house movies, in fact the whole game has a grind house theme to it, from the narrator in the cut scenes to some of the music. Through out the game you will come across many mutants all based off of the current level they are in, like Touch the Dead mutants will react to where you shoot them. Sometimes you can even shoot off arms or legs give yourself a chance as like most other undead games you will get outnumbered, but if this happens (and it will) there are three distinct items scattered around the levels to help you out. The first is the slow mo item, when shot this item will slow down time for a few seconds allowing you to score some headshots, the second are health packs, obviously when shot you regain some health, and the last one is golden brains. These don't help you out if you?re in a sticky situation but if you do collect all the golden brains in a level certain things become unlocked. In the game for every mutant you kill you gain points, these points can be used to buy and upgrade weapons. (I'll get to this later). You can gain extra points by getting combos, during the game if you kill five mutants in a row without missing you will get a combo where for every mutant you kill you will get double the points. If you do this five times in a row (or just kill 25 mutants in a row without missing) you'll unlock the highest combo which is Goregasm. There are five levels of combos you can get, Extreme Violence, Hardcore Violence, Ultra Violence, Psychotic, and of course Goregasm. (Combos will be lost if you miss, just one miss will reset the combos all the way to the beginning). Like Ghost Squad (which is also a arcade like game on the wii that is also published by Sega) there are civilians to watch out for because they can just appear in odd places and if you kill them or allow them to be killed you will lose points. 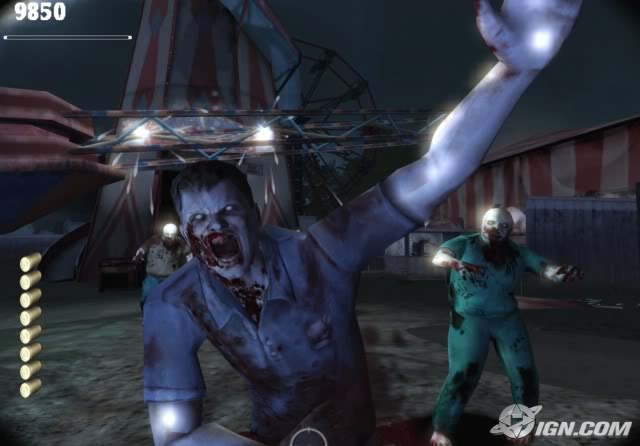 The game also has an awesome grind house inspired soundtrack that rivals even No More Heroes and multiplayer co-op, where like brawl player two can jump in at any time. Adding to the replay ability of the game are tonnes of unlock able features like music tracks, level posters, album art, concept art, and 3Ds. (just some 3D models of some of the characters and creatures in the game). Let's talk about weapons, in total there are 6 guns to buy and upgrade, these guns range from assault rifles, to shotguns, to hand guns and miniguns. Based on your score after you complete a level you get a certain amount of cash based on your performance like, over 70% accuracy, or certain amount of headshots you got in the level. You can get more cash by beating challenges like, stockpiling $7000 in story mode or completing any level using only the handgun. Guns are the only thing you can buy with cash, everything else in unlocked by playing through the story mode.

What would a game with a name like House of the Dead be without boss battles, and in this game you most defiantly get your fair share. At the end of each level there is always a boss you have to fight, every boss has characteristics and attacks based off of the level that they are in. During a boss battle sometimes you will die, but by paying a certain amount of points you can continue, but by doing this your overall score will go down. Sometimes though you just have to take the death and start over again, hopefully you will have better luck the second time. Lastly what would any Nintendo Wii game be without minigames, yes House of the Dead has minigames .But what makes these minigames different from other minigames is the fact that these ones are actually fun to play. In total there are three minigames, Money Shot (where you and three other friends can shoot moving targets to get the highest score), Victim support (where you have to protect civilians from waves of mutants) and Stayin Alive (where you have to face hordes of mutants until you die or time runs out).

The Graphics in the game were extremely well done, Kudos to Headstrong Games on that. The weird thing is the graphics during game play are a lot better looking than the graphics in the cut scenes, once again that is forgivable. If you have ever played Resident Evil The Umbrella Chronicles or Ghost Squad then game play wise this game shouldn't be any different, there are certain items you can shoot in the game to help you out but that's basically it. The controls were solid, you shoot by pressing B, reload by flicking the wiimote and throw grenades by pushing the - button. There is next to no features in the game that take advantage of the wiis motion sensing capabilities... I liked that at least you weren't flailing around like a retard.

Overall House of the Dead Overkill is a really really fun game to play. Everything about it was just great, the characters, features, unlockables and controls were all great. My only complaint is the game play. This is sad because game play technically makes the game, anyways the game was very very very easy to play, yeah you might get killed by a boss but still the whole game was just way to easy, it's not challenging at all. The mutants can be taken down with ease even with the handgun, basically the game was a walk in the park, and anyone could play it and get a perfect score. Unfortunately House of the Dead Overkill gets 7.3 out of 10. 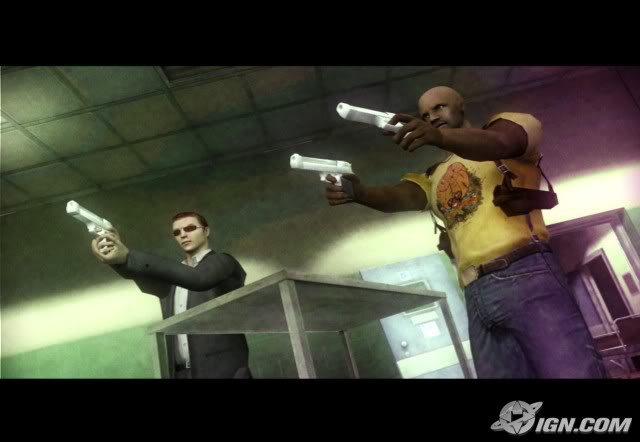