Resident evil The Umbrella chronicles is the first game in the spin-off Chronicles Series with Dark side Chronicles being the second in the series. Resident Evil UC was developed and published by Capcom, and was released November 13th 2007. 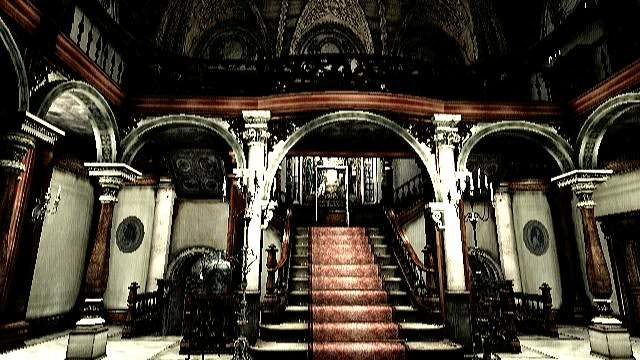 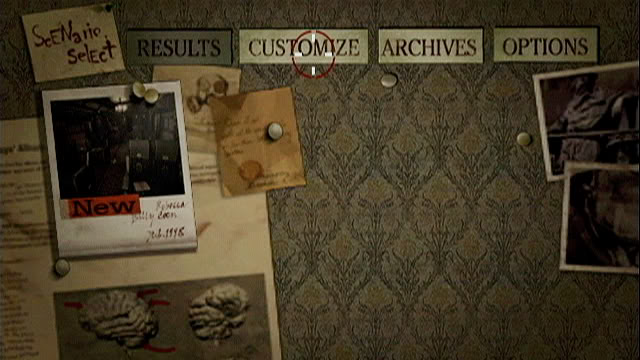 The sub scenarios include Wesker's apparent death and rebirth, HUNK's escape from Raccoon City, and Ada Wong's secret mission. The game is a first person, on rails shooter and many characters from the Resident Evil series are playable in this game like HUNK, Wesker, Jill, Chris, Carlos, Billy etc. many enemies make an appearance too like James Marcus and Lisa Trevor. The game features everything you would come to expect from a Resident Evil game like numerous creatures and undead bosses to fight against, many different upgradeable weapons, like shotguns and Rocket launchers, and challenging yet fun game play. 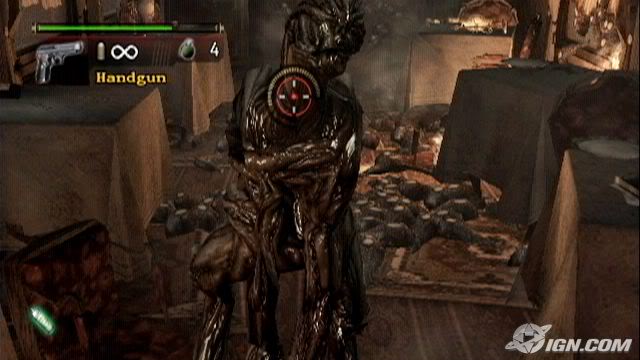 The game has multiplayer Co-op, and also features an upgrade system for your weapons. Every time you finish a level you are graded on time, enemies killed and Critical hits, then you are awarded a number of stars based on your grade. Stars are used to upgrade your weapons, upgrades range from faster reload times to increasing ammo. One of the other great features of the game is, in every level there are hidden items, like herbs, ammo, and files. To get these items you have to destroy your immediate environment, by using either bullets or explosives. Almost everything in the game is destructible like book shelves, lights; picture frames suits of amour and various other things. Another great thing about the game is the lights. Most of the lights in the game are destructible, but you have to be careful because if you shoot them all out then everything will be dark, and in a zombie game that's not a very good thing. Back to the files, when you destroy things one of the items you find are files. These files are not really important to get but they are cool to collect, because they include character profiles, history on Umbrella, diaries and reports from some of the founders of Umbrella, info on certain creatures found in the game, and other various random articles. The game also has a checkpoint feature, when you get to a certain part of the game; it automatically saves so if you die you will always start from the last save point. Another great feature about the game is this thing called Counter attacks. These moves are performed when a zombie gets to close to shoot, following an on screen command the character will perform a Counter attack(or Fatality) will kill only the attacking zombie. If this is used to often every time it will become harder to use.Counter attacks range from tasering zombies to stabbing them in the head, to grenading them, jump kicking them, and if using Wesker (after he comes back from the dead) super punches to the chest. Last but not least I've saved the best for last. What would a Resident Evil game be without hordes of undead creatures to unload your hard earned ammo on like Neptunes, crimson heads, hunters, crows, grave diggers, web spinners, eliminators, dogs, tyrants (they mainly serve as boss fights but a few of them wander around) plants, yawns, leaches, and of course zombies. 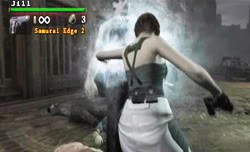 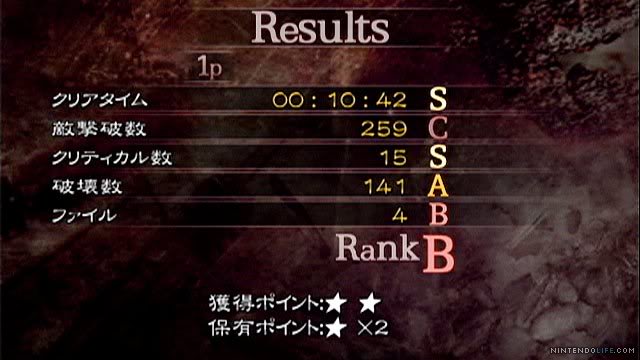 (sorry these are not in english)

The graphics in the game were amazing. I really liked them a lot, they weren't 360 graphics but they were pretty good for a wii game, the best I've seen since Super Mario Galaxy. The game play was also great, it was fast paced and action filled, things like quick time events where out of know where, a zombie would attack from behind, or an explosion goes off or some hazard is approaching and an on screen command would appear at the last possible second and if you got the command right the character on screen would dodge or jump out of the way or shoot. Things like these made the game really fun to play and kept you on your toes at all times. Not to mention the flashlight levels where your fighting off hundreds of zombies in total darkness, and all you can see is what the flash light revels ahead. The creepy music also added to the fun, the music in the game is very subtle, and but after a while of playing you'll find yourself humming along. The controls were also great and simple learn. Motion controls were kept to a minimum, but when you had to use them they didn't feel like a last minute add on. In fact the motion controls were perfect things like, holding A and swinging the wiimote left and right to use your knife, or flicking the wiimote to reload your gun, or shaking it to activateCounter attacks. 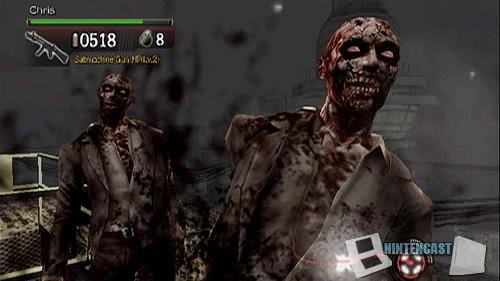 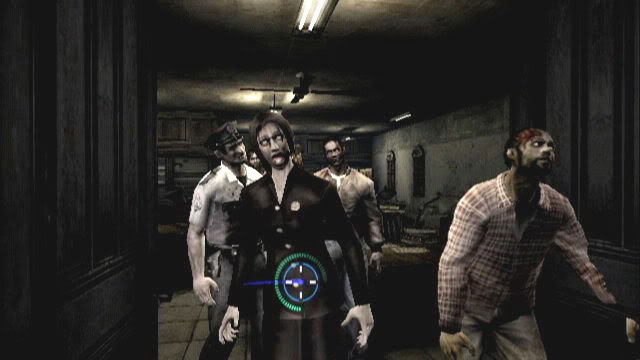 Overall Resident Evil The Umbrella Chronicles, was an amazing game. The many different features and items to collect added to the replay value immensely, the graphics were the bast I've seen on the wii so far, the many different levels and scenarios to play through make it perfect for people who are new to the series, the multi player co-op was

a great feature, and the subtle but addicting soundtrack added to the fun and creepiness of the game. My only problem with the game so far is, yes the graphics are really great but some of the characters, "cough" "cough" Jill "cough" looked really pale like they should be zombies themselves. Another thing is in some of the cut scenes some of the characters, "cough" Wesker "cough" mouths don't move when they speak. Resident Evil UC is a great game and if your a fan of the Resident Evil series and have a wii then you need to pick up this game. If your wondering if you should follow the resident evil series then this game is a good place to start. Resident Evil The Umbrella Chronicles gets a 9.5 out of 10. 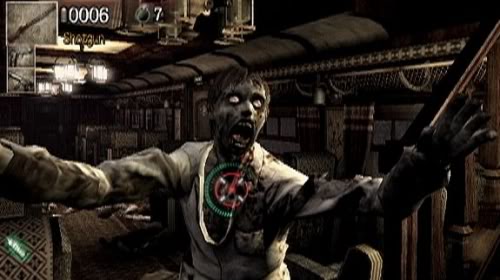 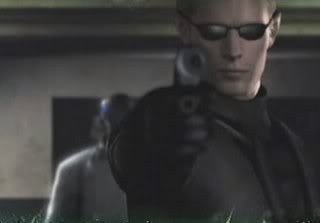