Touch The Dead Review By KingreX32 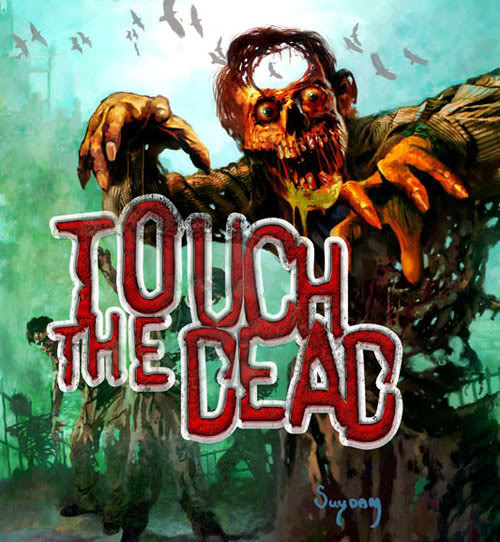 Touch the dead was developed by Dream on Studios and published by Edios Interactive. It was released May 15th 2007. This is yet another great but unheard of game for the Nintendo DS. Here's my review. 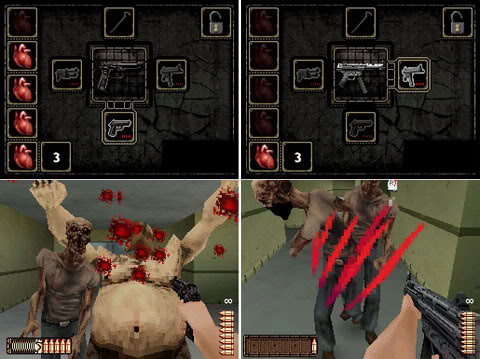 Touch The Dead is a first person, on rails, survival horror FPS for the DS. The game takes place in and around Ashdown Hole Penitentiary. You play as Rob Steiner, a prisoner who is sent to jail for murder. While in his cell the door just swings open, at first he questions but then quickly makes his escape, only to find out that the prison is filled with zombies. Using a gun found on the floor he makes his way through the prison to escape. 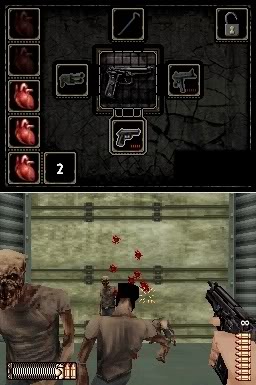 The Controls in the game are really simple but innovative at the same time. Because the game is on rails, all you have to do is shoot. One of the many things makes the game great is its zombies. The zombies in the game will react to where you shoot them. If you shoot them in the head they will stumble backwards, if you shoot them in the stomach, it will be enough to keep them at bay for a few seconds, and if you shoot them in the arm they will actually spin around. All this is based on the gun that you're using though. In total there are three guns (a handgun, a shotgun, and sub machinegun) and one crowbar (your only melee weapon). Each have there own strengths and weaknesses, some take long to reload but are really powerful, and some are quick to reload but are very weak. There are many different levels in the game ( based off of different parts of a prison) each with there own version or type of zombie, and like every descent zombie shooter a boss fight at the end of each level. Bosses range from giant mutated zombies, too android like zombies, and slimy mud monsters.

In graphics words cannot describe the shittyness of these. Of all the games I've reviewed so far in graphics these are the worst. The game makes up for this in the game play department. The touch screen is where the action takes place; the whole game is played from here. 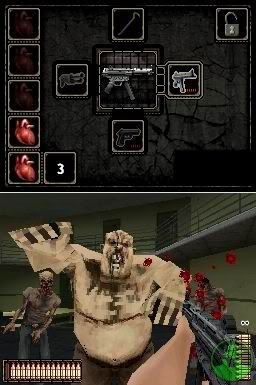 You shoot zombies by tapping them on the touch screen, that's how you can choose where you want to shoot them. What makes the game a lot more difficult is the reload system. Once your bullets run out, you have to reload by dragging any extra cartridges you have left over, from one side of the screen to the other side into your gun. This is great it adds extra challenge to an already difficult game, but can be a pain when you're surrounded by like ten zombies. The directional buttons are only for changing your weapons, obviously A, B, X, Y is for people that use the other hand. 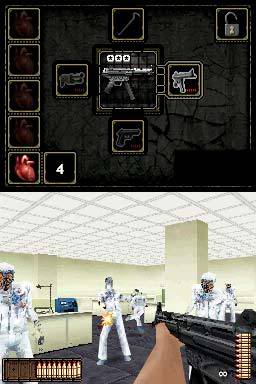 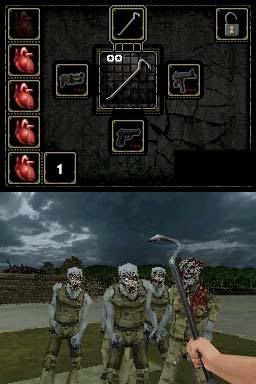 Overall the game was really fun to play, but extremely difficult at the same time, every level gets a lot harder than the last. The controls were the best I've seen on the DS since Starfox Command and the many levels will have you playing for hours. Unfortunately the graphics were very very very terrible, and yes while I do like a challenge in a game damn this one was hard as hell. Touch the Dead get's 7.5 out of 10.