I'm not going to lie, when I saw the trailer for Lego City Undercover at E3 2012, it wasn't a game I was looking forward to. I love Lego's (as in the actual blocks) but I wasn't really a fan of the Lego video games. In February while visiting my Local EB games to pre-order some titles one of the employee's talked me into getting the game. He said Lego games were great and I should give them a try. Taking his advice, I did. Was it worth it? Continue Reading.

Lego City Undercover was developed by TT Fusion and published by Nintendo. It was released on March 18th 2013.

Lego City Undercover takes place after the 3DS game Lego City Undercover: The Chase Begins, it follows Officer Chase McCain as he return to Lego City to take down the notorious criminal Rex Fury who has escaped from prison. In order to do this Chase has to infiltrate gangs by going undercover in order to get close to Rex to take him down once again.

Right off the bat I noticed the great sense of humour everyone says the Lego games possess, as soon as you start the game you are hit the first of many humorous one liners, and self referencing jokes and references. As funny as the game is a lot of the humour is very juvenile and child like. It feels awkward during the first twenty minutes or so, but it all goes away once you get into the game. Lego City is a massive open world game where players can have hours of fun completing just the side quests, unlockables, and time trial challenges; though you have the freedom to do this you will still have to play through the story mode in order to unlock the various different disguises, and vehicles the game has to offer. In order to get to certain parts of the game you need to have disguises; disguises give the player different abilities for completing certain tasks, an example is your police scanner, you cannot use this scanner unless you are in your police uniform or it will not work, or breaking down doors with an axe cannot be done unless you are in the fireman disguise. As said before as you play through the game different disguises will become unlocked for you to use.

Disguises are a cool feature and as you continue to explore the game and play through the story more and more disguises can be unlocked, so you don't have to use the ones the game gives you. The new disguises are cosmetic and only change the look of your character, the abilities each disguise has remains intact if you decide to change it out. In addition to disguises another thing gamers will encounter are super builds. There are many points in the game where you cannot progress unless you construct super builds. Super Builds can be anything from bridges, vehicle call in points, to buildings and even certain vehicles. Super Builds found in the story HAVE to be completed or you cannot progress; super builds found in the city are optional. In order to build one you need bricks; bricks are different from studs (the small Lego pieces found everywhere in the environment) as they can only be obtain by either collecting super bricks (glowing bricks found in the environment that give increments of either 1000 to 10,000 bricks) or by destroying Lego objects like Cars, light posts, newsstands and numerous other things. The latter is easier but more time consuming and tedious, while the first method is a bit harder as super bricks maybe behind a door or somewhere you can't get to yet due to not having the proper disguise. Despite this gaining Bricks are important because when you build a super build a new vehicle or disguise is unlocked, and that's where studs come into play.

Studs can be found anywhere in the game, when you arrest a felon you get studs, when you walk down the street, you get studs, when you pry open a door you are given studs. Studs are everywhere and don't be surprised if you have over 700,000 after your first hour of playing, they are that common and easy to get. Studs serve as the games currency, when you unlock a new disguise or vehicle you don't just get it, you still have to purchase it, and they are not cheap, vehicles can range from 1000 to 40,000 studs, and disguises are even worst, but in the end it's not that bad considering how easy it is to obtain studs.

Graphics wise Lego City is a great looking game, the textures are smooth the colours are vibrant and even though this isn't one of those games where graphics really matter the visuals feel like a nice bonus. Gameplay wise the game is super fun to play and if you are really into it you can kill hours of time just exploring the world and finding all the unlockables and extras. The Frame rate is awesome and there are next to no hiccups in the gameplay. Control Wise the game is easy to learn, even if you don't play it regularly. 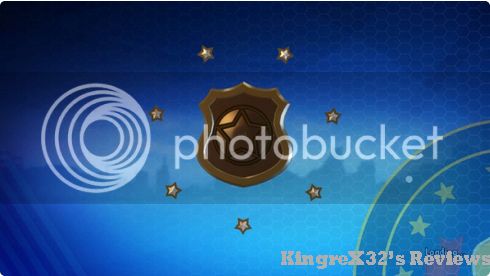 As much as I did enjoy the game I had a few problems with it, the first being extremely long load times, I understand that Lego City is a big game but Load times of 30 to 40 seconds, to even a minute are insane, my second problem was the lack of Co-op gameplay both online and off; Lego City would have been the perfect game to implement an amazing co-op system but unfortunately it just wasn't there. Lastly were Super Builds, during the first part of the game you are bombarded with super build after super build, and I didn't like that as it felt kind of like a cheap way to extend the gameplay. Luckily this was just is the first part of the game.

Apart from these issues Lego City Undercover is a phenomenal game, It's not game of the year material but defiantly ranks up there being a fun title for both kids and adults to enjoy. I loved the humour and I loved playing this game. Lego City Undercover gets 9.7 out of 10.