Need for Speed Most Wanted U

When I saw the trailer for this game at E3 2012, I couldn't help by Fan-boy freak-out in front of my computer. Need for Speed Most Wanted is in my opinion the best game in the Need for Speed series (this is based on the games that I have played), I actually still have the original for GameCube. I'm not going to say I completely loved the game when I first saw it though, see when I first heard the announcement I thought the game was going to be a re-release of the 2005 version; with updated graphics, online, possibly DLC and new features to keep it up-to-date. Sadly this wasn't the case, still I wanted to buy the game to give it a try.

Right off the bat something gamers should know is that This game is not Most Wanted 2005, it is its own game complete with new city, new cars, and new features. The games objective is similar to the first games story, you are to beat the top 10 Most Wanted racers above you to become the Most Wanted racer. That's all you get, there is no story, no grand quest to get your car back, no cast of characters to battle against. This game is just a straight up racing game.

It sounds bad on paper, but it really isn't, even without the story or characters the game remains just as fun as ever. One thing I did miss from the last game was car customisation, yes this game features performance customisation, but I really looking forward to be able to visually customise my car too. Nothing makes it truly your car until its decked out in parts and colours that scream "you". Still the has a slew of new features that make it very fun to play, the most notable is the new Autolog 2.0. With Autolog players can compare their stats (Race times, jump distances unlocked modes, vehicle speeds via the various Speed Cameras around the city, unlocked cars, and mods, and Smashed Billboard and security Gates etc..) against their friends in various single player modes, your stats and your friends stats can be found across multiple billboards around the city, that way you can be in constant completion to be top of the billboard. In order to use Autolog you must have an EA Origin account, if you don't have one you can create one from the game (Internet Connection is required) or from your computer.

Another cool feature is that you can jump straight from the single player to online is just a push of the button. You're probably thinking "well yeah I can do that in any game with an online multiplayer component" but in NFS its different; there is barley any load times, so going online feels almost instantaneous. Online you can play with up to five other people in the massive city of Fairhaven, online also supports voice chat through the WiiU gamepad. Like single player online is basically just a bunch of different events and races to part take in, the only difference being instead of racing AI you are racing actual people. For the WiiU version a new mode called Co-Driver Mode has been introduced; in Co-driver a second player can use the WiiU gamepad to Change the Time of day, turn the traffic off or on, switch or respray cars disrupt cops in a pursuit, while another player plays the game. Co-driver is more a support role, the co-driver doesn't actually play the game. When playing by yourself the WiiU gamepad can be made to display a large map of the city while you drive. Like most WiiU games Most Wanted supports Off-TV play and Miiverse integration. (Players posts from Miiverse will show up of the screen when the game is paused.)

Graphically Need for Speed Most Wanted is a Stunningly Amazing Looking game. The Textures are amazing, and the lighting easily beats ZombiU. (And that game has awesome lighting) Gameplay Wise weather you're online or off, you will be doing the same thing, driving. With a whole bunch of cars to drive and eventually unlock, and competing against you're friends you won't get bored for a while. Control Wise the game features support for the Classic Controller Pro, WiiU Gamepad, WiiU Gamepad Pro and the Wii wheel.

Although I had tons of fun playing the game from there are a few criticisms I have to point out, The first Being small text; the text in the game is small and very hard to read, even with my glasses on. Secondly I don't like the way the cars handle stiffly almost like to have to fight it to to make a moderate turn without slamming on the breaks. This can be remedied by switching to motion controls, but I really hate using the wiimote for racing games. My other biggest issue are some of the games effects, yes the lighting is beautiful and the sunlight awesome, better than real life but sometimes the realism gets to be too much. 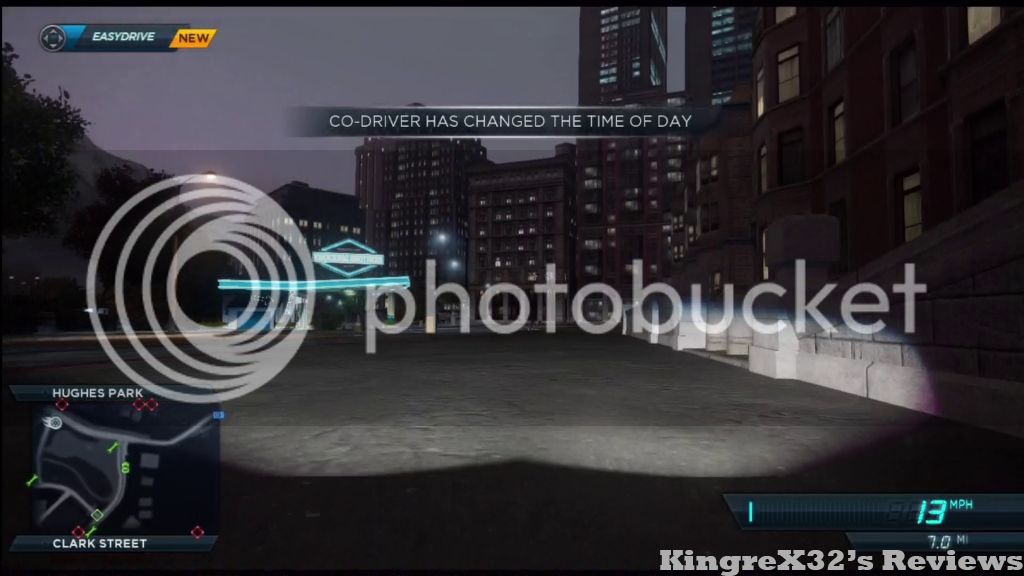 This is a Need for Speed game, an arcade racer I'm not playing this game for realism. I can't stand the parts of the game where your racing and the track faces the sun (in the game) because you've got this glare in your face which makes it very hard to see. I also don't like the temporary blurriness that comes across the screen when you leave a tunnel and go into the sunlight, its unnecessary and has caused me to crash more times than I like to admit. While those effects are great I really don't care for them. Lastly I wasn't really a fan of the games soundtrack, usually every Need for Speed game has a track or Tracks that I eventually download to my Mp3, so far I haven't found one that I like.

Apart from that I've had load of fun playing Most Wanted, While it's not as great as the first game, it defiantly shines. Great looking cars, great looking environments, awesome gameplay, and very fun online make this title stand out from the rest. Need for Speed Most Wanted gets 8.6 out of 10.