Madworld: A Review by KingreX32 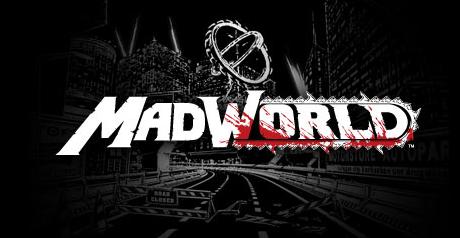 Madworld is a Nintendo Wii exclusive title. It was developed by Platinum Games and published by Sega. It was released March 10th 2009.

Madworld is a Third person action/adventure beat 'em up. Players take control of Jack, one of the many people trapped in Variggan City forced to take part in the brutal death watch games where the only rule is "kill or be killed".

Madworld is so far one of the most graphic titles the Wii has to offer, but the violence, dismemberment and maiming isn't just for exercising the dark part of your twisted imagination. Madworld has a points system based on how much pain an enemy is feeling an example of this is, say you beat a bad guy to death you might get 2000 points, but if you impale him while he's stuck in a flat tire then throw him on a rose bush your points would have just tripled. Points are important as certain areas cannot be accessed until a certain amount of points are gained. In between your kill feasts are these things called bloodbath challenges, blood bath challenges are basically timed events to see who how people you can kill within the time limit. Every challenge is different in terms of the activity you are doing, activities range from putting enemies in fireworks canisters to throwing them in front of speeding trains. Once you gain enough points a boss battle is opened since these guys are bosses trying to stand toe to toe with them in a fight will just get you killed the main way to beat a boss is by using power struggles. 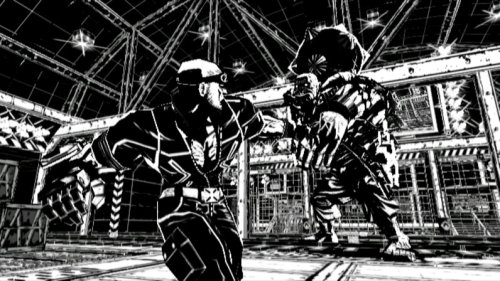 Power Struggles are when your weapon locks with the other guy's weapon; following an on screen command (which usually involves wildly shaking the wiimote and nunchuk) Jack will fight off his opponent dealing heavy damage to them in the process. In between fighting off the bad guy there are on screen commands that need to be followed, if one is missed jack will be killed. Getting killed isn't a good thing but in case you do screw up jack has three lives (extra lives can be found in the environment in the form of red balloons) but once all of them are gone you have to start the level all over again. Lastly Madworld features local offline multiplayer, where you and a friend take part in Blood Bath Challenges. Blood bath challenges for multiplayer are unlocked as you play through the game. 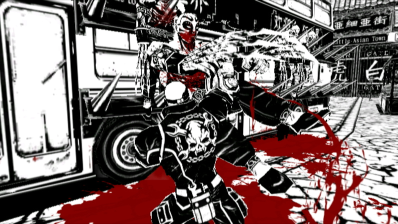 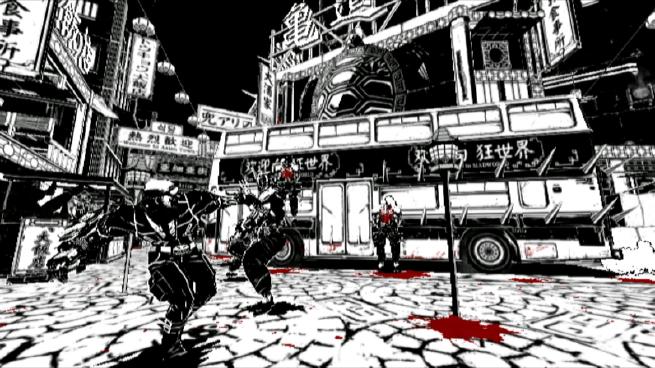 Overall Madworld is an awesome game everything about it is great, the story (yes......story this game isn't just about killing.) the characters, the controls gameplay, soundtrack all make his game worth buying; the greatness of this game puts it in No More Heroes territory. Points of criticism are, while Madworld is a great game it was kind of short, it gets kind of repetative after a while and the announcement of open blood bath challenges threw off your game a bit as they would just interrupt you in the middle of playing. Madworld is an awesome game if you don't have it pick it up today. Madworld gets 8.5 out of 10. 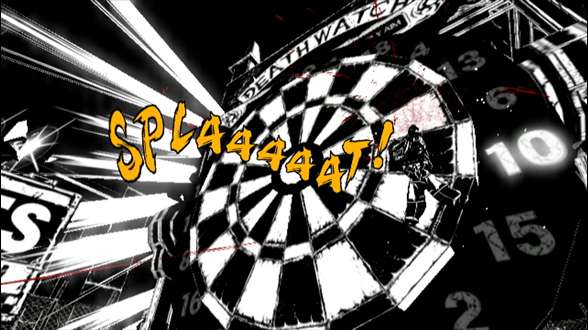