(In case you guys are wondering why this review is split up into two parts, its because when there is a post thats too long, webs will not let you publish it. Enjoy.) 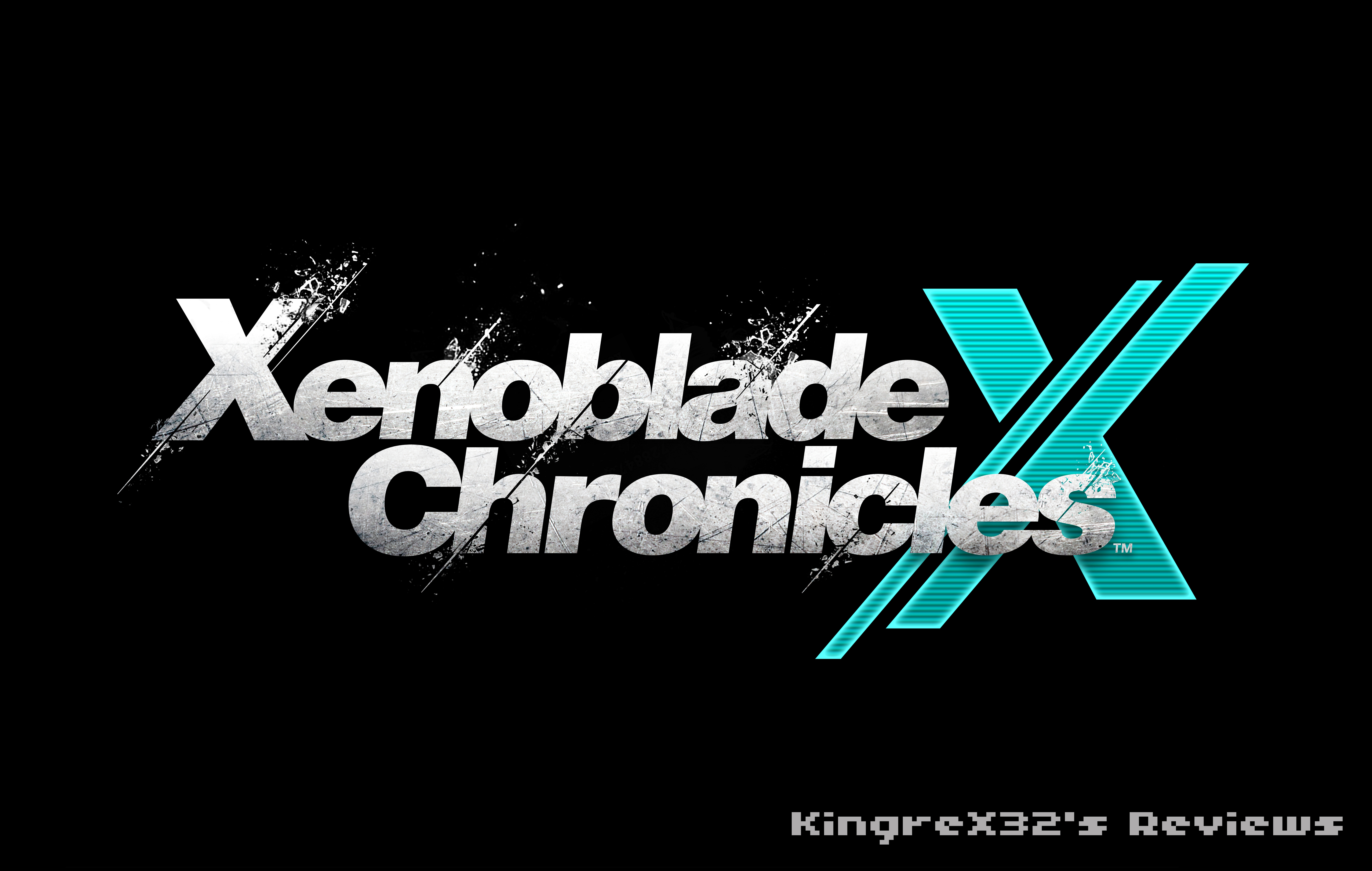 If anyone asks no I'm not a fan of RPG's; I don't like them especially JRPG's. As a matter of fact I will take it one step further and say RPG's are my least preferred genre. There are a few that I enjoy like The Pokémon and Monster Hunter series but 9 times out of 10 I flee from these games. So if you are wondering why I even bought Xenoblade Chronicles X I have two words for you, "Giant Robot". That's right when I first saw the game shown in Nintendo's 2013 E3 direct video and I saw the giant robots I could pilot I instantly wanted the game. Little did I know what I was getting myself into.

In 2154 the earth gets caught in the crossfire of a war between two hyper advanced alien species, its inhabitants build massive ships to evacuate the planet. Unfortunately the Earth is destroyed and one of the escape ships the White Whale is left adrift in space for two years. In a bit of both blind and bad luck the ship is attacked by one of the races responsible for earths destruction, luckily the planet Mira is nearby and the White Whale is pulled into its atmosphere.

It's been two months since the white whale crashed onto the planet and you are tasked with finding the lifehold core to revive the thousands of people still in stasis; all the while fighting off the ganglion who are bent on wiping out what's left of humanity.

Xenoblade is a massive game so the best place to start talking about it is its over world. The game takes place on Mira, a virgin world filled with diverse creatures called indigens and five vast unique continents to explore. The Continents Primordia, Oblivia, Noctilum, Sylvalum and Cauldros, each having their own unique set of indigens and dangers. The first continent you'll explore is Primordia, that's because that's where The City of New L.A (New Los Angeles) is Located. New L.A. is your main hub, for everything in the game but you won't be spending a lot of time there as the numerous missions, quests and general exploration will keep you busy. There are a wide range of missions available from the Mission Control Board each one falling under one of three categories Bounty (Hunting Indigens), Gathering (Collecting recourses) and Social (Talking to NCPs, or donating Miranium).

These are basic missions, they don't pay very well and are generally quite easy to do. The most important missions are obviously Story Missions followed closely by Affinity Missions. Affinity Missions are important as they help you to build affinity with your party members; affinity is important because it creates strong bonds between party members this helps out during a fight and with accepting certain missions. Most Affinity Missions you cannot start unless a certain amount of affinity has been reached with a character, there are also certain requirements for each affinity mission that needs to be completed in order to start one. Luckily affinity is not gained only during Affinity Missions, it can also be gained during combat (more on this later). Like Affinity Missions Story missions also have a set of requirements to complete before they can be started. Requirements for both Affinity and Story missions may be exploring a certain percentage of a continent, or having a certain level of affinity with a certain character, or having a specific upgrade that will be needed for the mission.

In many ways this game is similar to Monster Hunter; you hunt creatures who drop certain items, there's a big learning curve and adjustment to how they are played, there's a big emphasis on being in a team and working together, there are many unique areas to explore, they are both JRPGs, I can go on. In regards to hunting indigens for items, in Xenoblade unlike Monster Hunter the items dropped are used mainly for crafting Augments and upgrades for armour and weapons, as opposed to crafting armour and weapons. This is something I actually prefer as In Xenoblade I can just go and buy armour without worrying about farming a certain creature looking for a specific part. There are limitations though as in order to equip certain armour and weapons you must be a certain level. If you are level 25 you cannot equip level 30 weapons or armour. This same thing goes for Skell parts (more on this later).

While you play through the game you will experiment with different armour and weapon sets till you find the one that suits you; once you do you can choose to upgrade your armour and weapons and add augments to them. Some armour sets have a certain amount of upgrade slots so they can only be upgraded to a certain extent, same goes for augments some armour has augment slots while other don't. Unlike upgrades augments can be removed and re-equipped should you see fit to another set or armour. There are three augment classes, Armour, Weapon and Skell, obviously you cannot equip a skell augment to your armour or vise versa.

Unlike armour Weapons can only be equipped to a certain class. When you start the game you start out as a Drifter, once you reach rank 10 other classes open up. The three main classes are Striker, Commando and Enforcer each one branching off into other subclasses with their own unique skill set, arts and weapons. A Shield Trooper (part of the Striker-Class) cannot equip Dual Guns (part of the Commando-Class). You are not limited to one class in the game, you can always switch out even if you haven't mastered your current class. Each weapon in the game has a Art or Battle Art associated with it; arts are basically attacks that have a variety of effects attached to them, some arts heal your team members, while other topple enemies. Because they are associated with your weapons you will only get certain arts based on your class. A Blast Fencer won't have access to the art Assault Hammer as that art is for Assault Rifles and only those in the Assault Class get those. White it's good to try and experiment with classes you can play through the game as just one if you feel.

Once you reach a certain point in the game you are given a mission to acquire your skell license, once its complete you are given your very own Skell. Skells are like armour and weapons in that they can be upgraded, enhanced with augments, have certain arts attached to their parts and most importantly have level restrictions. The first Skell you get is a Level 20 Skell, the level 30s and 50s naturally can only be piloted if you are level 30 or level 50. Skells are divided into three categories, Light, Medium and large, naturally you can't equip heavy skell parts to a Medium frame, the same thing goes for Skell levels. It does not matter if the frame is the same You cannot equip a level 50 Medium skell part to a level 30 medium skell frame, even if it's the same model frame. So you have to be careful when buying skell parts as it can get really confusing if you're not paying attention. Like weapons Skell parts have Battle Arts attached to them some heal while others do extra damage. You can equip any Skell part to any Skell as long as the part matches up to the frame type and level.

One of the most important features of Skells are Skell insurance. Once you get your skell you may be tempted into going out into the over world and start fighting every big indigen that ever picked on you, this isn't smart. Skells are not indestructible and once they are destroyed it uses up an insurance ticket; once all three of your tickets are used up it will cost almost the same price as the original skell to get it back, and Skells are not cheap the medium level 50 skells start at alittle over 2 million credits. This can be a bad or not so bad thing depending on how you place your probes in Frontier Nav. ( I will get to this shortly)

Xenoblade Chronicles X is an Action RPG but it plays sort of weird. In combat your character has an auto-attack that they can use with either their primary or secondary weapon. How you fight is by selecting an art on the battle screen; remember Arts are associated with weapons so if you want to attack with your Long Sword you would select an art associated with your long sword. Every time you use an art you have to wait for it to recharge, if you use all your arts up you will have to rely on your auto attack until they become available again. During Combat your other squad members will shout out commands for specific types of attacks against an enemy. You can choose to follow or ignore these commands but the latter is not recommended unless you can't help it. These commands point out enemy weak spots and will help to take out indigens quicker. Following these commands also help you to build up affinity with your squad members. You can upgrade your arts using Battle points, this will make them load faster and make them and their effects stronger............................